As I sit here trying to digest the evening’s events it slowly seeps into my mind that the MSC is still alive and well in the hearts and minds of not only the founders, many who are still with us, but the pioneering band of young racers who took to this unusual European motor sport in a big way and paved the way for many of us here today.

Our family, out tribe has survived.

The middle years pioneers of MSC motocross like Dave McLean, Carlo Coen, Mike Spear, and Kurt McMillen who blazed trails on the national level. Spear who not only qualified for his first national at Broome-Tioga in 1987 but scored a top twenty finish making him one of not too many riders to become nationally ranked in their first Pro race. 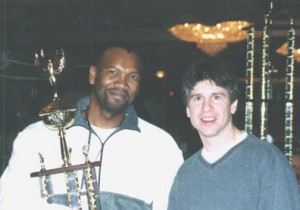 Carlo never ran the full nationals like McMillen and McLean but was as fast as any and in one race lead World Champion Jean-Michel Bayle for more than half a moto at a Southwick national. I still have the video of that race.

McMillen went on the 500cc circuit and raced his way to an eventual 8th overall at season’s end in an age when being from the east coast was a hindrance and the factories didn’t come knocking. Riders Kurt was lapping on his way to the checkers had much better support than he ever did.

David McLean who in his first full national season befriended a Texan named David McClain. Their names were pronounced the same and whenever the announcers would call out the name, both would show up not knowing who was really needed. The two of them, the White Connecticut suburbanite, and the burly Black man from Texas became friends for many years all because of the sport we love to love: MOTO-CROSS!

The later years riders who were born into a world of long travel, power valves, roost boots, and disc brakes and water cooled motors couldn’t have imagined where the roots of their ancestors came from. But still, we ride.

The current generation of local Pro/expert riders who all share the same dream, have the same fire in their eyes that I saw in Kurt McMillen’s face when a crowd gathered around David McLean when he came back home from the nationals. Kurt wanted that adulation and adoration and in time he has gotten it.

The Ryan Mills, the Jay Wellers, the John Lawrences, the Michael Jameses (no, not me, number 784), the Terry Finkles and the Justin Barcias are carrying on a tradition that dates back longer than they have even been alive.

These men carry the MSC tradition with “pride in the ride.”

And we cannot forget the women either, the flames that Kerry Kleid fanned in the 70s had died out but Barbara Toribio  picked up the torch and re-lit it starting the fire under MSC heads that led to the Women’s class we have today. Athena Stefanou, Chrissy Basna, Barbara, Alyssa Wald, Sam Fritz, Haley Burke and the current champion, Courtney van Norden are inspirations to the next generation of female racers who have living proof they also can do it.

All of the people named above take the sport seriously and their places within it and in our MSC history validate their intentions and efforts. Let us celebrate not only the champions and top ten riders of the past season but let’s celebrate those who paved the path for us.

Starting soon I will be sending in interviews with many of the people named above. A Pat Moroney interview will start us off and a historical look at the machines we used to run will also follow. 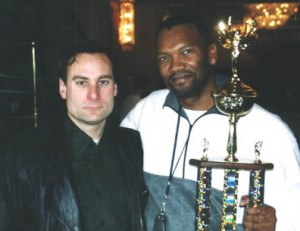 I look forward to writing and taking pictures of the MSC family (this includes you too) that I have been involved with since 1977 when my friend and mentor, Steven Flohl, raced for the top 125 Amateur titles.

My personal best came in 2001 when I won the Walden Playboys 40+ B championship. Steve was at the banquet when I got my trophy and apart from the birth of my kids it was the proudest moment of my life. Having my mentor see me reach the point I had watched him reach so often was a blessing, an indescribable feeling.

Having the support of the Metropolitan Sports Committee behind me as a journalist was also a blessing. While I no longer have a column in a regional or national magazine (MX East, MX America) I still write for Cycle News and as always will do my best to get our warriors (young and no so young) the credit and press you deserve. Congratulations to all the trophy winners and best of luck in the 2008 racing season. 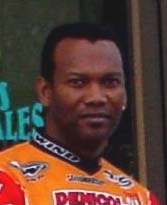